← more from
Hammock Music Label
Get fresh music recommendations delivered to your inbox every Friday.
We've updated our Terms of Use. You can review the changes here. 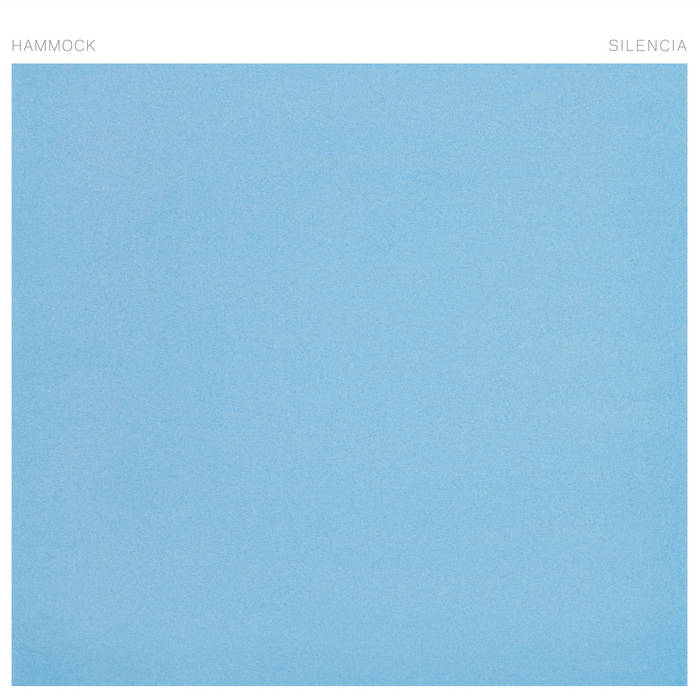 danielschetter A sort of minimalism with layers that I can peel back and discover something new with each listen. Favorite track: Slowly You Dissolve.

Siltarana So sweet, so calm, so beautiful Favorite track: Afraid to Forget.
more...

“Silencia is a prelude to silence.”

“It was made in reverence to that space,” he continues, “so it’s great if you don’t feel a need to listen to music after it ends. Silence has become a friend.”

Silencia, which arrives November 15 courtesy the band’s own Hammock Music label, is their 10th LP since founding in 2003. And it closes a trilogy that started in 2017 with Mysterium, a towering modern classical record that Byrd and co-founder Andrew Thompson made shortly after the death of 20-year-old Clark Kern, the former’s nephew.

“Mysterium was about a shattering,” Byrd says. “Universalis, the trilogy’s second record, was an attempt to put things back together, and Silencia reflects a quiet resolution of knowing this is what life is. You have to live in the midst of both.”

Byrd then quotes the Arvo Pärt scholar Paul Hillier (“How we live depends on our relationship with death; how we make music depends on our relationship with silence.”) and the poet Li-Young Li (“The real subject in poetry isn't the voice. The real subject is silence.") before sharing another driver behind his reverence for quiet: Five years ago, he got sober after a silent retreat to Big Sur.

“It's like this inner liar was paralyzed long enough for me to have a moment of clarity,” he continues. “And the clarity lasted. Working with Andrew, these last three records were made with an intentionality that arose from that space.”

Clarity can be leveraged to make any type of art—even the noisiest, ironically. With the Mysterium / Universalis / Silencia trilogy, however, one notices from the moment they mist into being that Byrd and Thompson were building an architecture and semblance of actual spaciousness. Like Rothko’s Chapel or an Agnes Martin painting, or an Annie Dillard essay, these records move listeners to simply be. Stilling ourselves, as songs like peach-stained clouds drift through our ears, we can acknowledge our strongest emotions and memories. We can learn from and experience gratitude for them—even the ones that broke our hearts. The music has no agenda—Byrd and Thompson say Silencia in particular has no lyrics because they want listeners to have an unmediated experience with the album’s 11 songs—but you’d be hard pressed not to slide into a calmer space listening to the trilogy, if not a more reflective one.

Thompson, when considering this state, is fond of quoting the poet and teacher Gunilla Norris. “Within each of us, there is silence,’” she once wrote. “A silence as vast as the universe. And when we experience that silence, we remember who we are.”

Hammock’s almost singular ability to create these spaces has not been lost on filmmakers and even video game designers in recent years. The Nashville director Kogonada commissioned Hammock to compose a minimalist soundtrack for his 2017 film “Columbus”—a work of art with modern, meditative architecture at the center—and Ricky Gervais used nine Byrd and Thompson elegies in his existentialist Netflix series “After Life.”

“I’ve experienced some losses in my life, especially in the last few years,” Byrd says, reflecting on “After Life.” “So it was an honor to have Hammock’s work included in a show that speaks so powerfully to that experience.”

As with Mysterium and Universalis, Silencia was mixed by Francesco Donadello (Winged Victory for the Sullen, Jóhann Jóhannsson, Ben Frost) in Berlin, and Slow Meadow’s Matt Kidd contributed a few light piano motifs. The Icelandic conductor and violinist Viktor Orri Árnason (Nils Frahm, Olafur Arnalds) was commissioned to orchestrate the record’s glistening string and horn arrangements, which were tracked using 30 vintage microphones at East Connection, in Hungary. Silencia also features a 20-member section from the Budapest Art Choir and river-soft guitar textures by Byrd and Thompson, which they recorded at studios in Nashville. The cumulative result recalls crystalline works by the composers Pärt, Georgy Sviridov, and Morten Lauridsen—or the poetry of Rainer Maria Rilke, whom Byrd once said is “always in the background.”

One also better grasps the trilogy by spending time with each record’s absorbing cover art. Created by the artist Pete Schulte, they pull the viewer through a cycle: Staring into an abyss of grief (Mysterium, the requiem for Byrd’s nephew Clark), looking up to light (Universalis, a record with flecks of memory in its sound), and sitting still with nothingness (Silencia, the cover of which is smeared in rain water.) The pigmented blue of Silencia’s art suggests being generous with pain, acknowledging that, as the Buddhist Thich Nhat Hanh says, “No mud, no lotus.” Joy springs from the same soil as grief. Our verdant landscapes, literally and metaphorically, cannot survive without rain water.

“Grief breaks you open and it lives with you in silence.” Byrd says. “Silencia represents the wisdom of that silence, which is: Hold your tongue, sit, be present, and bear witness.”

“The album cover is real blue rain water,” he continues, pausing. “And it's just open space. For me it's symbolic of the space and emptiness required to live well in the midst of tension. The only way through is the way through.”

New LP "Love in the Void" out now. Exclusive items and lossless audio available. 17 years since their formation in Nashville, Hammock has emerged as a leading light in instrumental music, with a unique sound that melds elements of ambient, electronic, and neoclassical. ... more